Malware and viruses are among the issues that always raise blisters related to Android because these malicious programs are present in our daily lives, but do we really have to fear them? Android is vulnerable, as it sometimes seems when we read certain articles. For me, the answer is clear: neither be afraid nor Android is so vulnerable. It is simply taking care of and common sense.

And to help, we can have an antivirus in our device, something useful but not essential if we really need care. However, then we present a list of the 15 best applications for this purpose: Norton is, without a doubt, a trusted brand in security. We have a free version (with some peripheral protection, such as scanning the SD card) and a subscription of $ 29.99 a year (with all the features, including blocking phones via SMS in case of loss or theft, not available in the free version).

But does it really worth $ 29.99 a year for our brand Norton Android? One of the few apps really free includes several standard features, such as scanning for threats or malware. Specifications also include more specifics, such as the detection of applications with offensive use of ads. The app is simple for the user and updated frequently. Another application is completely free based on simplicity: it only acts (and not a series of comprehensive actions, as other apps that comment do). It is nothing other than a scanning device to verify that it is safe. You can either manually or automatically launch.

4. Mobile Security and Antivirus by Avast AKA PC is one of the best rated. Includes a pack with features, including antivirus and anti-malware, including standard and one of the highest-rated anti-theft. It also includes a network monitor, SMS and call filtering, and backups. It offers a free and premium version (the U.S. $ 1.99 per month, 14.99 dollars per year). Some of the differences with the premium version include backup music, video, and applications. Another popular antivirus on PC, features in its Android version the typical features (antivirus and malware protection standard) and a number of improvements(web security, burglar using Google Maps, task manager, battery monitor) that make it more powerful. It has about 70 million users so far. The application is free. It is both one of the most valued and one of the most expensive. Despite hitting the market for one dollar, it now costs about 75, with lifetime support. This is a good app, but it may be too expensive. Its features bring what we can expect from one of these applications, including databases of the most comprehensive malware and other useful features like memory-booster.

Note: You can currently find a price decrease, Free – 200 MB traffic/day, which is much more reasonable. 7. Mobile Security and Antivirus by ESET Then we have the antivirus ESET. Like many others, it is known for its PC antivirus (Nod32). It also follows the freemium paradigm, so we will have the app for free but can pay for additional features. The interface is very friendly, and aside from the usual, you have access to the ESET Live Grid offers great updates and malware threats burglar. Moreover, its paid version includes Sim Guard features, where we can control the rover even if another SIM is inserted. The paid version costs $ 15.97 annually, which is a good deal. One of the tops of the list is the implementation of TrustGo Inc. It is on the free app’s Top-ranking list. It is completely free, and there is no payment option. It even has won awards for its safety and security. Besides the typical features, you can backup and has an analyzing system that involves taking photos of the thief when you enter the wrong password 3 times, which will send to you by email. One of the application’s top-rated antivirus Android environments. Uses the free with micropayments. All three versions include antivirus and anti-malware. Is it geared for low-end Android devices with limited data plans and for those seeking to optimize the battery? The paid version includes anti-theft and anti-spyware. Its most complete version costs the amount of $ 75. One of the most popular antivirus and more successful anti-malware. It has many features, including security, burglar, backup … it’s completely free, making it even better. The only downside is that it is included as bloatware on some devices, which could threaten the use of some experience. Another popular option with many downloads to date. The antivirus has a privacy advisor or even a call blocker. It’s totally free of cost. It has an impressive set of features of all types: mobile security, anti-spam, application manager, system optimization, and backup … It costs the U.S. $ 19.99 per year. This app developed by eScan is totally free and also has several interesting features. Bring standard antivirus, anti-theft, privacy control, improved battery … is a very solid choice but the complaint presented as full-screen ads showing which is very disturbing. 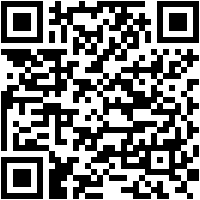 AndroHelm, this app make the last of the list. It is the most expensive on the list, for its $ 100 for a lifetime license (or 19.99 a year). It includes, among other things, a better anti-theft system, frequent updates to the list of viruses… There is a free version to see if we like the application. Which of the fifteen apps make your android secure? We could have included CCleaner, but still in beta. Which one do you use?